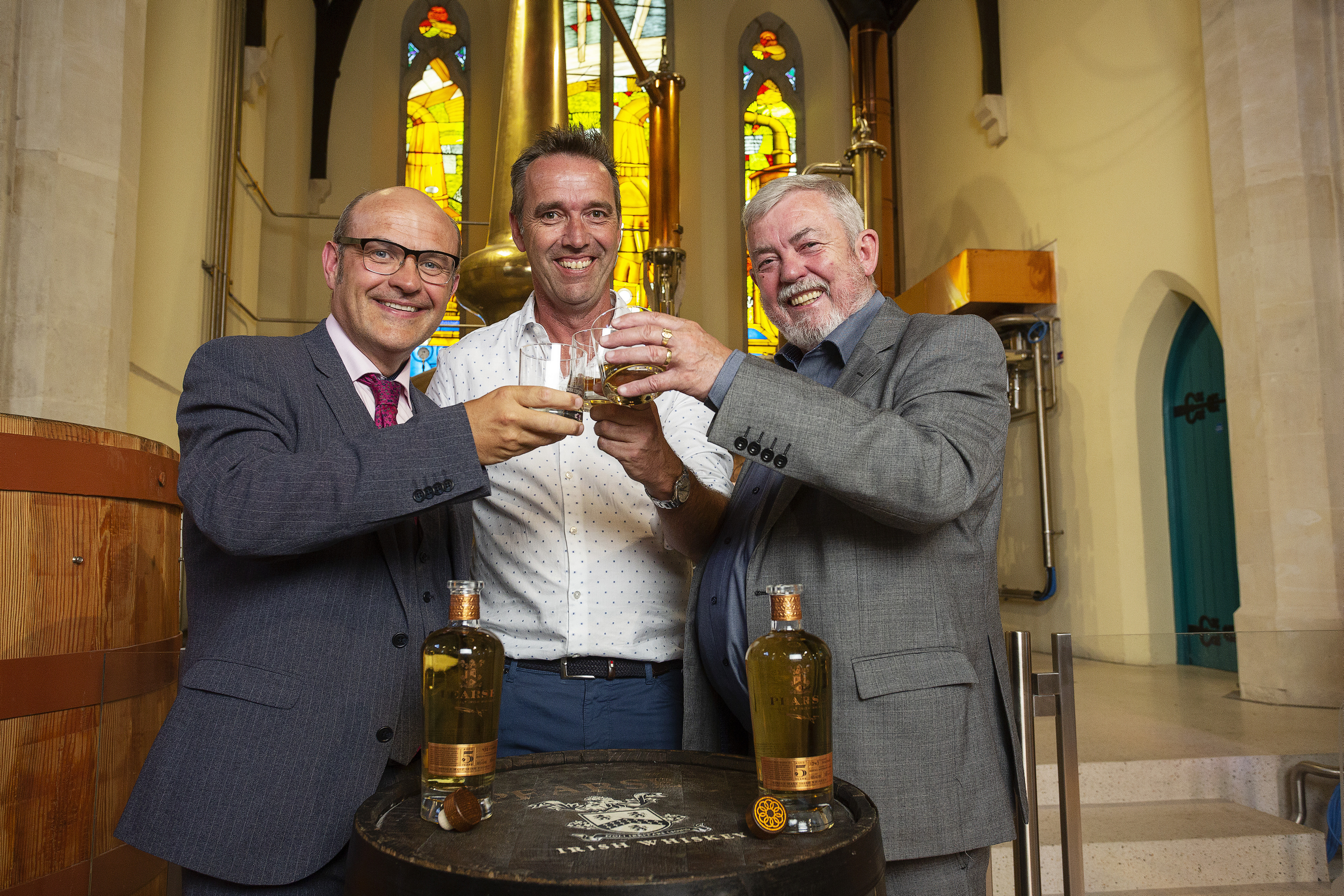 Gearoid Cahill, Head Distiller at the Pearse Lyons Distillery said, “The release of the Pearse Single Malt 5-Year-Old Irish Whiskey marks a historic milestone in the re-evolution of the Irish Whiskey distilling industry. We are really proud to introduce the first new five-year age statement Irish whiskey in Ireland in more than 25 years.  Using Irish malted barley and our own special yeast strain, the whiskey spirit was produced on our unique copper pot stills whose unusual design is credited with giving the whiskey a special character.”

John Cooney, Spirits Trading Manager at SuperValu said, “Irish whiskey is currently experiencing an overwhelming resurgence and this new Pearse Lyons 5-Year-Old single malt will certainly generate a real excitement for Irish whiskey enthusiasts. This is a cutting-edge whiskey that has its own unique taste and flavour which is a real treat for the whiskey palate. SuperValu is delighted to be part of the distillery’s launch and to be the only supermarket group to offer this exclusively to our shoppers. Irish whiskey market sales are currently growing 7.6% YoY with Premium whiskey delivering growth at 38% within this market and I am pleased to say that SuperValu is exceeding both of these growth figures.”

The development of this new Irish whiskey stream began in 2011 when the late Dr. Pearse Lyons, who was keen to revisit his roots in Irish brewing and distilling, transported two small-batch copper pot stills from Kentucky to Ireland. The distinctive pot stills began making spirit in Ireland in 2012 and when the Pearse Lyons Distillery opened in 2017 in the heart of Dublin’s Whiskey District, they took pride of place, nestled in the sanctuary of the refurbished St. James Church.

The unusual design of the small-batch copper stills includes a “neck and ball” configuration which assists in refining the spirit character in the first step of distillation. The spirit still contains four rectification plates that further purify and refine the spirit collected, harnessing the fullness, complexity and refinement of flavour of a double-distilled Irish Whiskey.

Conor Ryan, Global Whiskey Ambassador at the Pearse Lyons Distillery said, “This 5-year-old Single Malt is a significant release in the revival story of Irish Whiskey. We at Pearse Lyons Distillery are at the cusp of the new rising wave of whiskey production in Ireland because of the vision and foresight of Dr Pearse Lyons. That vision comes to fruition with us being able to offer this limited edition 4000 bottle release of genuinely new Irish Whiskey into the market. This whiskey will appeal to whiskey imbibers, enthusiast’s and collectors alike.”

The bottle design has been inspired by St James Church, the home of the Pearse Lyons Distillery.  The centrepiece of the label features the octagonal spire, the view seen when looking up from inside the distillery and the colour scheme reflects the copper stills which were used to produce the whiskey. Each of the limited-edition bottles has been individually numbered and the first bottle will be positioned in pride of place at the Pearse Lyons Distillery in The Liberties.

The recommended retail price for the product is €79.99.