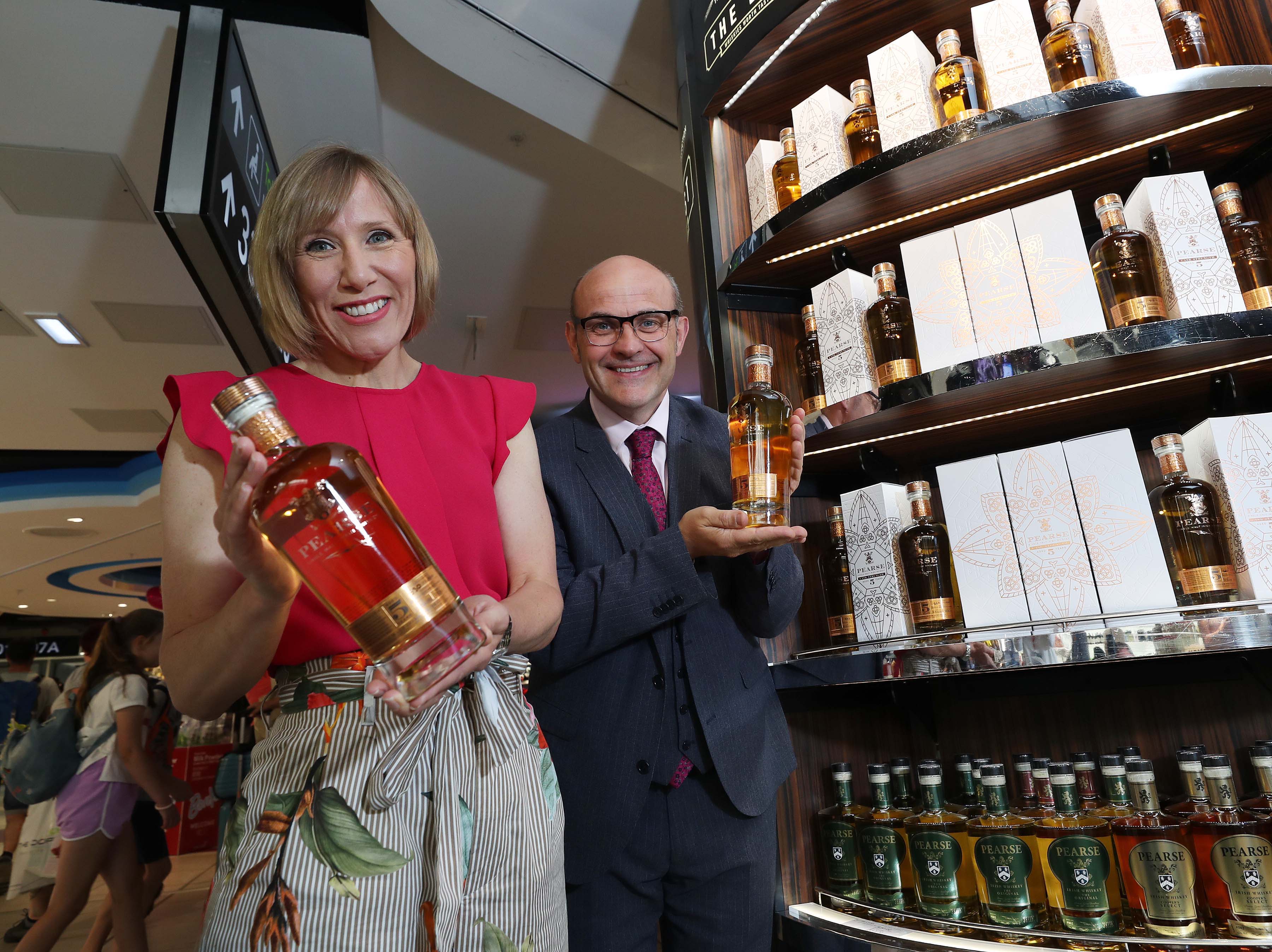 28th June 2018: The Pearse Lyons Distillery today announced the landmark release of the exclusive Pearse 5 Year Old Cask Strength Single Malt Irish Whiskey which marks the first new five-year old Irish whiskey stream to be launched in Ireland in more than 25 years. The first release will feature 1,000 individually numbered bottles of the premium Cask Strength Whiskey product which will be exclusively available in the Irish Whiskey Collection at The Loop in Dublin and Cork Airport. This will be followed by a limited release Pearse 5-Year-Old Single Malt Irish Whiskey (46% ABV) in 4,000 individually numbered bottles later this Summer.

The development of this new Irish whiskey stream began in 2011 when the late Dr. Pearse Lyons, who was keen to revisit his roots in Irish brewing and distilling, transported two small-batch copper pot stills from Kentucky to Ireland. The distinctive pot stills began making spirit in Ireland in 2012 and when the Pearse Lyons Distillery opened in 2017 in the heart of Dublin’s Whiskey District, they took pride of place, nestled in the sanctuary of the refurbished St. James Church.

Gearoid Cahill, Head Distiller at the Pearse Lyons Distillery said, “The release of the Pearse 5-year-old Single-Malt Whiskey marks a significant milestone for us and is something we are incredibly excited about. This is a really special pure new whiskey stream which has not been altered, diluted or blended in any way. We would not be here today without the vision, passion and commitment of one man, the late Pearse Lyons, who personally sourced our magnificent signature pot stills, selected the bourbon barrels in which is it aged from his Town Branch Distillery in Kentucky and transported them to Ireland to begin this exciting journey. We know that he would be incredibly proud to see this product come to fruition.”

Tracey Jordan, Liquor Buyer at The Loop said, “I’m delighted to welcome the Pearse 5-year-old exclusively to the Irish Whiskey Collection in The Loop, at Dublin and Cork Airport. The Irish Whiskey Collection has been described as the world’s leading destination for Irish whiskeys. Exclusive offerings are an important component of our range, consisting of both travel retail exclusives and world exclusives, which are only available at The Loop. The introduction of the Pearse 5-year-old is testament to our commitment to delivering an ever evolving unique and exclusive customer experience. This is a special find for passengers looking for a unique gift or a rare Irish whiskey to add to their own personal collections.”

The Pearse 5 year old Single Malt Irish Whiskey has been wholly produced and aged in Ireland.  Using Irish malted barley and our own special yeast strain, the whiskey spirit was produced on the unique pair of copper pot stills. and aged in bourbon casks from our distillery in Lexington Kentucky.
The unique design of the unusual small-batch copper stills is credited with giving the whiskey a special character. The wash still, christened ‘Mighty Molly’ includes a “neck and ball” configuration which assists in refining the spirit character in the first step of distillation. The spirit still, ‘Little Lizzie’, features four rectification plates that further purify and refine the spirit collected, harnessing the fullness, complexity and refinement of flavour of a double-distilled Irish Whiskey.

Conor Ryan, Global Whiskey Ambassador at the Pearse Lyons Distillery said, “As with the other whiskeys produced at the Pearse Lyons Distillery, the Pearse 5-year-old Single-Malt features no additional colourings, so the colour you see has been purely produced in the natural barrel aging process. The maturation process has an enormous influence on the flavour profile of the end product whiskey with the length of time, quality and previous use of the barrel being the crucial components. We are lucky to have a fantastic supply of fresh used ex bourbon casks which we source from our sister distillery in Kentucky which contributes vanilla, toasted wood, fruity and spicy notes to the final product.”

The bottle design has been inspired by St James Church, the home of the Pearse Lyons Distillery.  The centrepiece of the label features the octagonal spire, the view seen when looking up from inside the distillery and the colour scheme reflects the copper stills which were used to produce the whiskey. Each of the limited-edition bottles has been individually numbered and the first bottle will be positioned in pride of place at the Pearse Lyons Distillery in the Liberties.